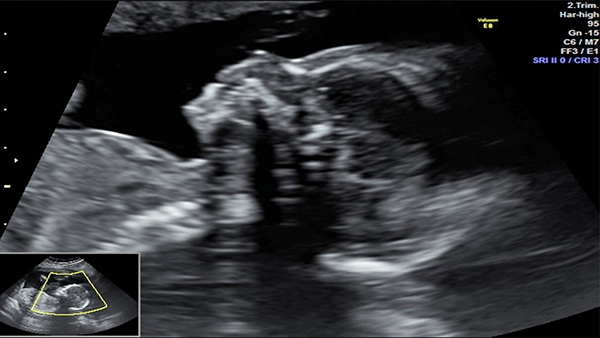 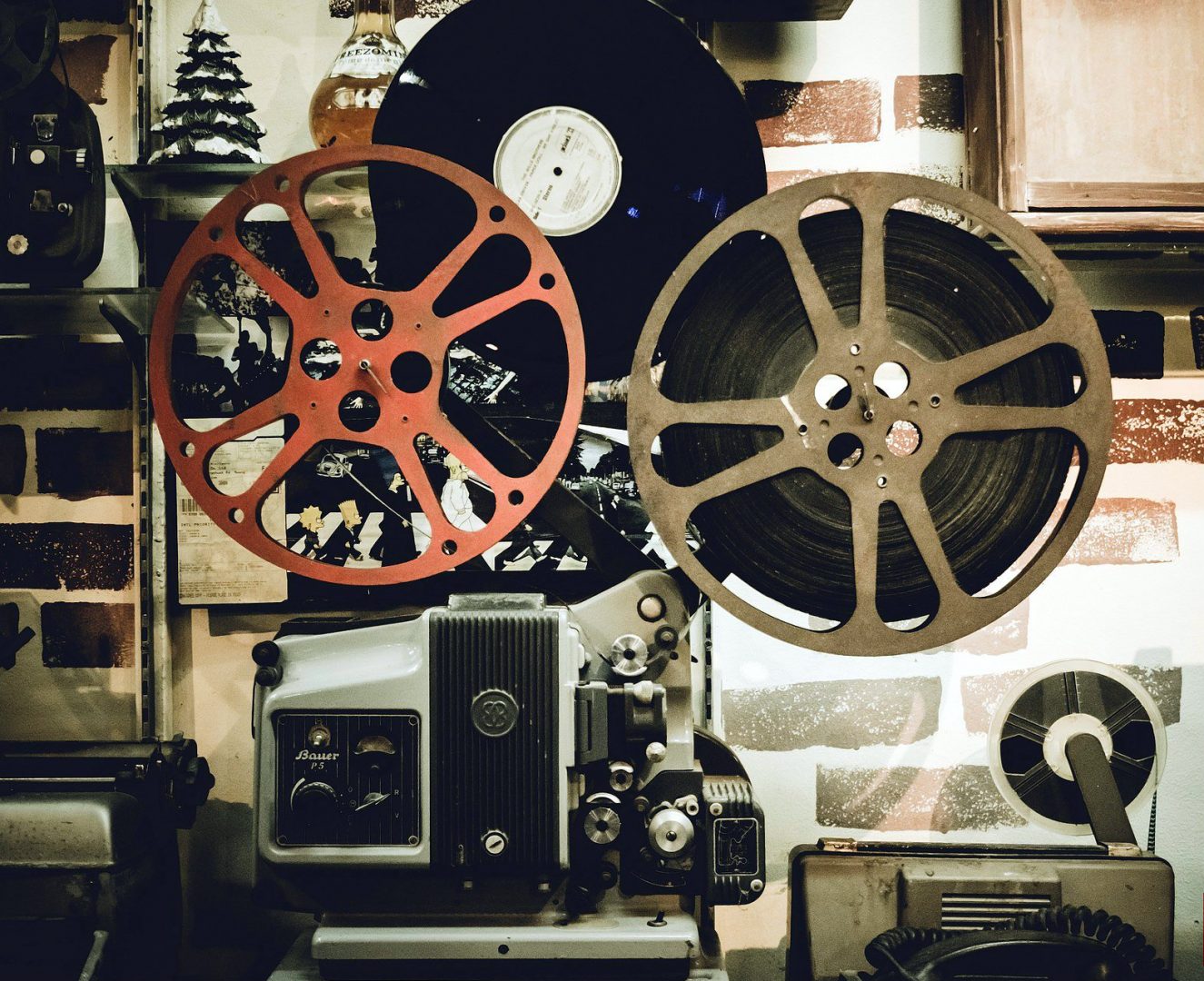 What is the story?

37 Days is a short film that will be shot in Athens, Greece in late August 2016. Maria works at a nail salon. She’s working off the books, without insurance or benefits. She’s also 9 months pregnant. One day she’s suddenly fired. The same night, she has an unsettling dream. She wakes up from the dream certain that she will not go into labor until she gets her job back. And so, Maria’s “Birth strike” begins.

The phenomenon of childbirth delaying after the due date is quite natural but nowadays doctors usually induce labour to speed up the process. Maria refuses to have her labor induced. In Greece when people meet a pregnant woman they wish her “Kali lefteria” which means “I wish you freedom”.

Why do I want to make this film?

The initial idea came from a dream. I saw that I was pregnant and I didn’t want to give birth. But it was time. The feeling of urgency was very scary and made me wonder, “What if someone could, or thought they could, control it?” It was important to me to discover her path: she is sightless and loyal to an idea. And then Don Quixote came to mind.

What do we need?

The expenses for shooting a film can pile up pretty quickly. The money we need are going for a salary for the cast and crew, equipment rentals, securing locations, production vans, gas, costumes and sets. My mother will do all the cooking for what will be the best fed crew in the world. Then finally finishing the film, editing it, sound design, color correction, they all cost some money.

What will happen with your money? 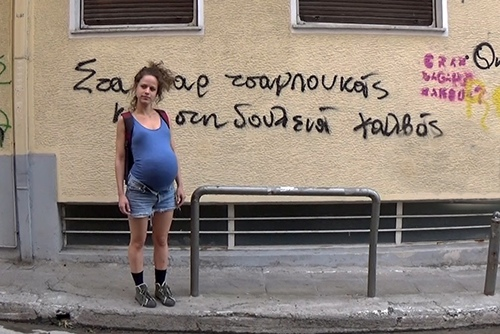 Why should you support 37 Days?

I’m sure it’s a well known fact that Greece ranks very low on protecting worker’s rights, collective agreements and job and income security. Female workers in particular are often exposed to unfair labor practices and a violation of the maternity leave and birth benefits. But behind all this there is a story about believing and trying. And that doesn’t mean that you will succeed but all you can do is try. I want to portray a character that asks the question “In today’s world, is it worth it to go “voluntarily insane” behind an idea? Or is it dangerous?” Right now people in Greece are watching their lives change from one day to the next and feel powerless to intervene. It’s like this is all a dream. Greeks abroad also experience this, as plans to return are abandoned, families divided. The whole point of 37 Days is to make all those people who have suffered from the crisis in the last years feel empowered. Is it a romantic idea or is it doable?

In a way it’s fitting that I’m having my first crowdfunding campaing for this film. In the same way that Maria believes in her insane idea, I too decided to make this film with the support of strangers. It will be an interesting journey.

The summer of 1994 my parents went on vacation and I was left home alone for the first time in my life. During the night of the World Cup Final (17nth of July) I watched a film on VHS. It was called “In the name of the father” directer by Jim Sheridan. The film ended and I would rewind the tape and watch it again.That happened five times in a row. I don’t know which element of the film drew my attention at that time. It could have been the acting, the music, the powerful themes of the film. I believe that night was when I decided what I want to do in my life. The effect remains the same ever since.

I was born in Athens in 1981. I entered the Polytechnic school on a scholarship and I bought my first camera with the money from it. After my degree I worked as an assistant director and a continuity supervisor on a number of feature films (Correction, Ricordi Mi, The building manager). In 2009 I went to Manchester for an MA course in Fiction Film where I specialised in working with actors. I decided to return to Greece during the recession. I directed a film called “Generator” about a midle-aged shop owner who is pushed to a wall by this dept he has, he decides to put his own shop on fire. It has participated at a number of international festivals. I participated in Berlinale Talents in 2016 at the Short Film Station with 37 DAYS.

Vangelis Serfas was born in Salamina. He studied filmmaking in Athens. His first short film “Sunday” (produced in 2014) participated at the 37nth Short Film Festival in Drama and got the award for Best Screenplay. He is a professional script writter and works as a script consultant in feature and short films.

Elli Tringou was born and raised in Athens and Patras. She is a graduate of the National Theatre Drama School. She has starred in Argyris Papadimitropoulos’ feature film “Suntan” (participation in Rotterdam and SXSW Film Festivals) as well as in short films and commercials.

Loukia Chouliara is working as an art director, production designer and costume designer for the cinema, theatre and music videos in Greece, Great Britain, and Germany since 2007. She has participated in more than 30 short and feature films, many of them awarded in festivals around the world and has been nominated for costume and production design in Thessaloniki International Film Festival and Drama Short Film Festival. Her previous work was for the National Theatre of Greece, and currently she is designing for the play “Metropolis” by Momentum for the Greek Festival.

Nikolas Karanikolas was born in Lamia and has worked as a cinematographer and a camera operator at a number of feature films, television series and documentaries since 2003.He has been nominated for cinematography in Drama Short Film Festival.

Analysing the cinematic experience: How do we watch films. The aim of this seminar circle is to learn how to absorb and analyse films but also to activate our own creativity. Each seminar contains viewing a number of scenes from films and analysing the expressive medium that each filmmaker is using. I’ll provide you with the scenes and the necessary links via email, you can watch them and we can have a skype discussion-analysis of the themes, and the tools applied.

Day 1: Plot Why does the film start at that point of the story? Why does it end there? Which are the most important elements of the plot and how does the filmmaker manage time?

Day 2: Narrative structure Narration techniques , what information is given to the public? Is the film in general told from a particular character’s point of view, or is it “objective”?

Day 3: The Character How do we visually built a character ? How is done through dialogue ? What information does the director give us and what does he hold from us?

Day 4: The camera Are there many ways to shoot a scene? How does the director pick one? Is there a “correct” camera angle? What is achieved by the movement of the camera and what with the static shot?

Day 5: The Frame What do you keep in the frame and what is left out of it? How does composition affect the meaning of a shot? Basic ideas about mise-en-scène.

Day 6: Light and color The color palette of a film, how does it affect us emotionally? What happens in black and white films?

Day 7: Location and space How is the setting integrated into the action, the larger background and particular props? How do particular settings function as signs in order to convey narrative and ideological information?

Day 8: Sound How and why does sound work on films? How is it used to underscore emotions and to alert the audience to an upcoming event? A scene with and without sound. We’ll play the game where you guess the duration of the scene in both cases.

Day 9: Editing Why do cuts work? How does an editor decide where to cut? How do our eyes move from one frame to the next? Creating continuities and discontinuities, juxtapositions, and narrative structure.

Day 10: Acting Imagine your favorite character in a film played by someone else. Someone who is the exact opposite. How does casting work? We’ll examine different schools of thought in regards to working with actors.

Day 11: Music in films One scene five different music tracks. How does it change? What happens in musicals? We’ll examine music as a dramatic counterpoint.

Day 12: Theme and content (Final seminar) We can now read a film and try to recognise the basic themes and ideas that run through its core. Lets discuss subtext. We can observe the film’s influence on us on a mental, an ideological and an emotional level.

Other ways to help:

Just press the SHARE button below the video up top. Or email the page to anyone you think might be interested. And you can also just ‘like’ the Facebook page for 37 days HERE. We would love to hear from you as well. Email us at [email protected]

The team of 37 Days has lots of experience. Many of its members have collaborated the previous short film I directed called “Generator” which has participated in a number of festivals and was presented at Short of the Week.
But as always shooting a film has a risk factor in it.
We will need a number of secondary actors and we have lots of exterior locations. That’s where you come in (this is an open call for extras really). I need all the people I can get as extras as there are many scenes with small crowds. Another thing that helps is that we are shooting at August and Athens looks nothing like its normal self in August. It is a half empty city and that will be very usefull for us. I think the other trick is to have a very well organised assistant director and good planing (plan b and c are always there). I’m confident that things will go down swimmingly.

It is the first time I’m having a kickstarter campaign. And so far it has been much fun. Even writing the script for the 3 minute video you watched was a rewarding experience. I feel closer to shooting already. I know how hard it is for people to help when we all have our own lives and schedules. But, Maria in the film, has a strong faith. Like her, I truly believe in the value of the film and in the help of others. Thank you from the bottom of my heart.